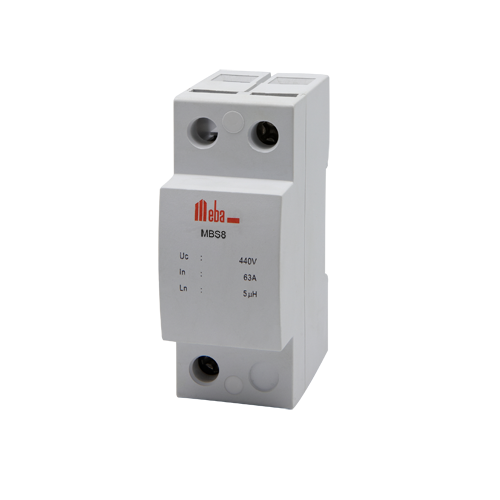 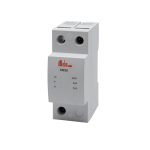 MBS8 series surge protective device (hereinafter called SPD) is suitably used in the IT, TT, TN-C, TN-S, TN-C-S and etc power supply system of AC 50/60Hz, rated voltage up to 380V, to protect from direct and indirect lightning impulse and other transient over voltage. As per the conditions of IEC61643-1:1998-02 standard, Class I surge protective device, it is category B surge protective device. SPD has two protection modes: MC and MD, SPD is in compliance with GB18802.1/IEC61643-1 standards。

Operation Elements
* SPD as only one side of terminals, able to prevent from being electric touching, indoor fixedly mounted, limiting voltage.
*SPD has built-in disconnector, when SPD is invalid due to overheating or breakdown, the disconnector  can automatically  separate SPD from the network, meanwhile send an indication signal. The visible window show white color in normal service, if to be separated from network, it will show red color.
* Maxi discharging current of each wire:  up to 100KA.

* To be mounted between LPZ0A or LPZ0B zone and LPZ1 zone, adopts 35mm standard mounting rail. The cross sectional area of multi-strand soft copper conductor: 6 ~ 35 mm2.
*Generally it shall be mounted in the incoming side of main distribution panel or box.
*Earthing wire shall be of 10mm2 dual color conductor, its length not more than 500mm.